Portrait of an Invasion

The red lionfish is an invasive species native to the Indo-Pacific Ocean. Their human-caused introduction and subsequent population increase are now causing negative impacts on marine ecosystems in the southeastern seaboard of the U.S. and the Caribbean Sea. Lionfish are efficient predators invading a variety of natural and artificial habitats, competing with native predator fish and consuming smaller fishes, including the young of large species. A similar species, the devil firefish, Pterois miles, has also been observed in the Atlantic. 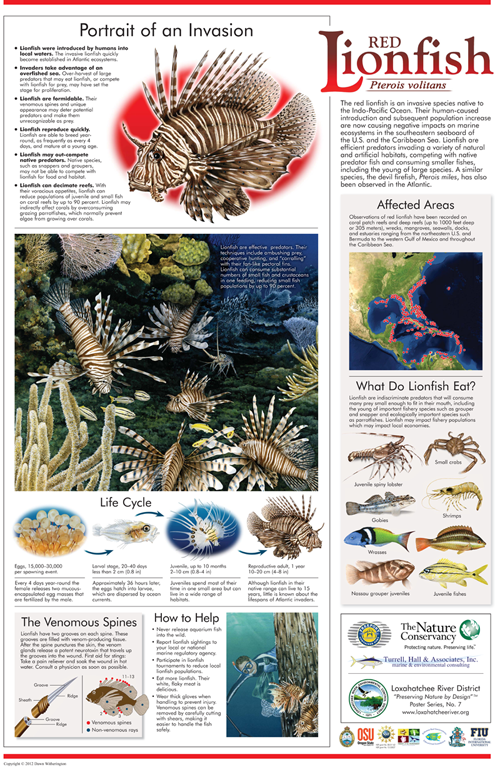